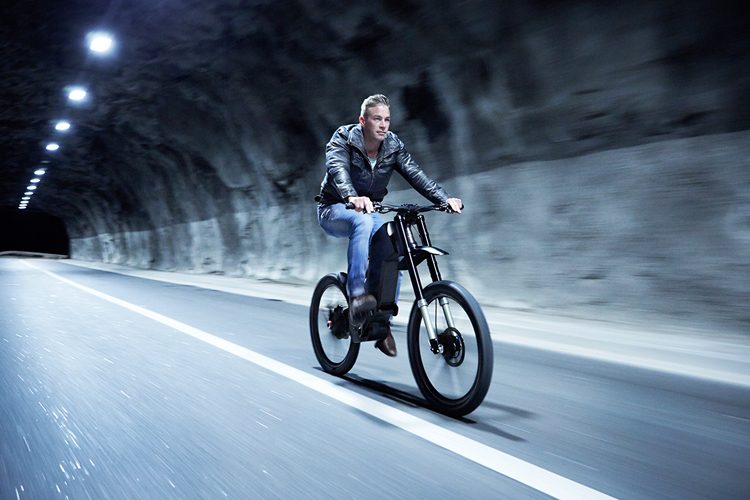 An eBike is very similar to a standard bike, but with the electrical components that have to be addressed first before any maintenance can commence including cleaning the bike. Most important is that the battery should be kept clean and dry at all times. If you have invested a lot of money into the purchase of a new ebike, make sure you get ebike insurance before taking to the road. Now some tips on looking after the key component of an ebike.

The lithium battery in your eBike is just like any other battery of its kind which must be conditioned to prolong its life. This process is simple; with a fully charged battery just use the eBike until the battery is fully drained. Once the battery has been drained of power, fully charge it up. This should be done at least once a month which will help the battery maintain a charge for a longer period of time.

In between conditioning the battery, it can be charged when only partially drained after it has been used. When not in use or after each time the eBike is used, the battery should be charged up independent of its energy level.

A lithium battery discharges the electrical pulse best when in cooler condition. For this reason it is advised not to park the eBike where the heat of the sun can reach it if at all possible. The warmer the battery is, the less of a charge it will have. By removing it from the rays of the sun and allowing for it to cool, a stronger charge will be produced so the rider can make it to their destination.

Storage of the Battery

When an eBike is not going to be used for an extended period of time, like during the winter months, the battery should be pulled from the frame. Before placing the battery in cold storage, it should be full charged. The storage place can be any cool place in the garage or basement where the temperature does not drop below freezing.

When placing the battery back in the eBike, allow for the battery to come back to room temperature before testing or charging it. If a cold battery is charged, it could be damaged or possible explode.

Just like any other vehicle an eBike has to be cleaned periodically to maintain its appearance and prevent it from developing surface rust. Before the hose is brought out, first remove the battery and place it away from the bike so it will stay dry.

The frame and tires of the eBike can be cleaned just like a regular bike, with soap and water. The electrical motor is encased, but it is best to not soak it down with water and allow for it to dry after cleaning just in case some moisture does reach inside.

The lubrication of the moving parts is essential to the bike’s long life. This has to include the chain and bearings.

The brake pads should be checked periodically to make sure they are not worn.

The proper tire pressure is required for the tire to have a long life. When a tire is over or under inflated the risk of a blowout increases along with reducing the lifespan of the tire by causing excessive wear.

Properly maintaining an eBike is just like any other vehicle. Periodic checks including the checking of bolts to make sure they are tight will help prolong its life and make it safer to ride.

How to Safely Dispose of Your Old Car

Do You Need Body Repairs for Your Vehicle?

Keep On Rolling with the Best Auto Garage in Dorchester

3 Great Reasons to Repaint Your Car

What Can A Car Wrecking Service Assist You With