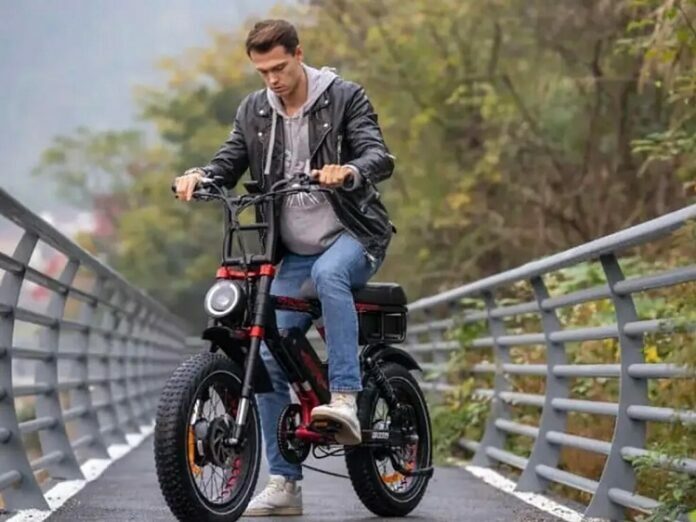 A bike, and with it, an electric bike is considered a transportation device. It has all the rights and obligations in the traffic just like any other moving object, including pedestrians.

The difference between motorcycles and standard bicycles is that one of them has an engine and is more powerful than the other. Having power means it is a bigger threat to the safety of all involved in the traffic.

So where’s the e-bike here? It’s something in between, right? Yes, of course, and that’s why there are different regulations approved by federal law. The law says that e-bikes are allowed to be used as a consumer’s product but the speed of their movement is limited to 20 miles per hour. See more on this from this document here.

In this article, we’re going to go over more details about is driving one is safe, is it legal, and is it worth getting one for yourself? Read on if you want to dive into more details on this topic!

As we said, the federal law sees this as consumer’s product and it’s completely legal driving it on the streets as a standard, regular bicycle. The only limitation is that the battery must not produce a higher speed than 20 MpH.

When you’re going to order one, make sure that you follow this regulation. If the battery is strong enough to produce a faster speed, try to find another so you don’t get into trouble with the law.

On the streets, you’re considered a bike. All the rules that apply to these devices, apply to you too. Try not to break the rules so you don’t get caught in trouble and make a beautiful experience an eager one.

Modern e-bikes are relatively new on the market. Most people are still not aware of their power and abilities. The concept is not new though. There were bikes with motors long before these guys appear on the market, but the beauty and simplicity of driving the modern electric bicycles are far from what people were used to with the older versions.

Now, the electric bikes offer batteries who are capable of producing power for the device to move without you even trying. Of course, if you don’t give the order, it won’t go, but if you want it, the device can make you drive without particular difficulty.

That’s the best part of these bicycles, you can use them as standard bikes and you can use them as machines who will help you in times when you’re too tired or you simply can’t make it with your own strength. See more about how they work on the link: https://www.bicycling.com/skills-tips/a20044021/13-things-about-e-bikes/.

The point is, without you giving out the order, the item itself can’t do anything on its own. This is why they are completely safe. They are not motorcycles, and they far from cars. It’s just a bicycle that provides extra power when you don’t feel like paddling.

Is it worth getting one?

Before you decide to get one, you should know about the pros and cons of owning one of these items. Let’s start with the cons since they are less than the pros. Follow up and learn more!

The most obvious downside of getting an e-bike is the price you need to pay. They are very expensive. The price might go in 5 figures, even though there are more affordable options on the market. Before getting one, you can search for more information on the internet and see what your options are.

If you’re not on a budget, then look for the features you’re most interested in. For example, some people are into lightweight bikes because they live in an apartment, while others are more interested in gadgets and technology that goes with it.

If you’re on a budget, then you can be sure you’ll find a lot of articles online covering this topic. You can search for articles about the best electric bike under $1000 and you’ll see that there’s a ton of options that might be perfect for you and your needs.

The pros are too many. One thing is that this is the latest technology covering bicycle lovers. They use powerful lithium batteries that are not taking too much space and are able to hold for many hours.

With it, you can be sure that whenever you find yourself in trouble or you simply don’t like paddling anymore, you can turn on the battery and get wherever you want.

Some people see this as cheating, but it’s not true. The electric bike helps you maintain a certain speed. It assists you when you have difficulty overcoming a situation. Whether it is a crisis from exhaustion, an uphill that is not easy to handle, or even a downhill in which the battery itself can control the speed limit you set.

They are easy to control, you get to tackle heavy traffic by driving on lanes for bicycles, you can go much faster than you would’ve in other situations, and you get everywhere around the city without anyone stopping you.

Owning something like this is the best thing you can do for yourself for two reasons. You’re actively working on your health, and at the same time, you make sure to get everywhere in time without any interference.

Three things to remember when dealing with car dealerships

Does the New 2020 Nissan Altima Make an Ideal Family Sedan?